So here we stand, at the eve of a new year. With all its promises and uncertainties.

I have taken some time off from the blog and will be back in action in the new year. And just in case you were worried that I’d somehow fallen off of the giant turtle’s earth disc, I’ve got photo evidence of my travels these past weeks:

As I seem to have found myself in love with a German, I’ve been seeing friends and family in that area as well as home. Lots of Christmas markets were involved. Probably the cutest and prettiest of them all was Sint Nikolaus Dorf in Köln. 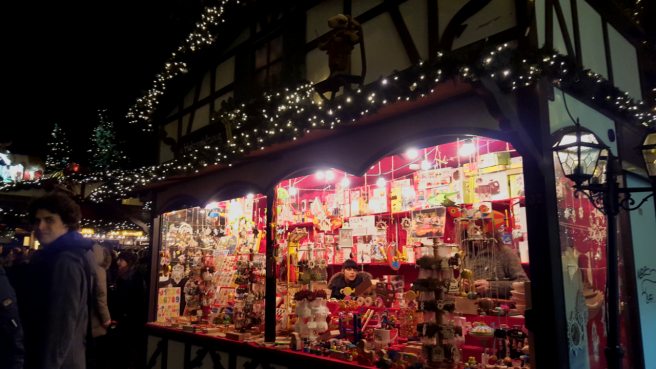 There was maybe a bit too much food and Glühwein involved, and we had an absolutely lovely time.
We also visited a monastery called Mariawald, known for its delicious pea soup. 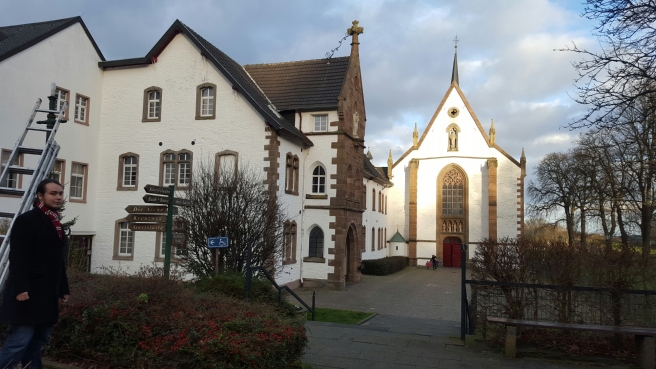 It is also very pretty!

We also visited my friends and family in the Netherlands, and we’re only flying back home next week. I will be starting with the tea room reviews again on the 11th of January. Book reviews start again next Friday, when I’ll be starting my first series review: the Ender’s Game quartet by Orson Scott Card. In honour of the new Star Wars movie (have you seen it? You should) January will be sci-fi month.

2016 will be the year I dedicate to the things I love and I will take you, the reader, with me. Because happiness is a perfume you cannot pour on others without getting a few drops on yourself.

So thank you for reading, and here’s to the road ahead!